Getting Back into the Game: Landing a Teaching Gig in Colorado 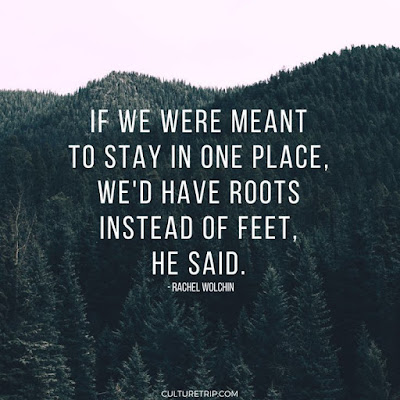 Welp, it's official! I recently landed a high school social studies job in Colorado. Later this summer, we'll be packing up the fam and moving to the Western Slope.

As I mentioned in my last post, this has been a plan we've been working on since our cross-country drive to Michigan last summer. It's been a long path, but it's well worth the effort!

To land the job, I first had to get certified in Colorado. That step turned out to be easy; Colorado's Department of Education is infinitely more organized and efficient than the shit-show Ed. Department here in California. It took six months to get my certificate in California. Colorado took three days.

The next step was brushing up on all things education. This took time, but wasn't especially difficult. I've worked as a substitute teacher for the last four years in addition to working as a school security guard. During that time, I've been able to stay abreast of the latest trends. Amusingly, education really is cyclical. Today's "new" ideas are really just the same old stuff I studied in college dressed up with new terminology and technology.

Third, I had to research districts and apply to open positions. Websites like k12jobspot.com and teacher-teacher.com were useful, but I found individual districts' websites to be the most accurate and up-to-date. We knew where we wanted to live, so this part was simple. Find postings -> apply. I believe I ended up applying for about twelve positions in five districts. Then I waited.

I got the first call for a mid-sized high school job in a small, rural town (pop. ~ 20,000.) It came a little earlier than expected, so I wasn't prepared to make the trip from San Diego to Colorado. It's a 900 mile drive and a prohibitively expensive flight. Luckily they allowed me to interview via Skype.

My process for interviewing involves a hell of a lot of research and preparation. This would be my first Skype interview, so I had to practice that aspect, too. Over the course of about a week, I researched far and wide to learn as much as I could about the school, demographics, major issues, the school board, the town, the area, and the people who would likely be interviewing me. The more I researched, the more excited I became. The school appeared to be a far better fit than I had expected. I took elaborate notes and memorized as much as I could.

Since appearance matters, I set up a miniature studio in our bedroom. I used an HD webcam, quality microphone, three-point lighting setup, and professional photography backdrop. To assure I was always looking into the camera, I set up our 40" flat screen directly behind the camera so I could see the interviewers while appearing to maintain eye contact. Finally, I summarized my notes on index cards and taped them around the TV screen.

When the time came, I shook off mild nervousness with a V-pose and performed well. I'm generally an excellent interviewer, and this one was one of my best. The interview further confirmed that the school would be a great fit. I started getting really excited about the possibilities, especially when I found out the position included not only world geography classes, but also a psychology class. While I love teaching social studies, I'm passionate about teaching psych.

About two weeks later, I received a call from the school's assistant principal; they wanted to meet me in person. The timing was perfect because we were currently on spring break and Shelly was on vacation. So we planned an impromptu drive to Colorado!

We packed up the car and made the fourteen hour drive to Colorado. We're pretty well-versed in long road trips given our frequent travel, and this is a decidedly pleasant trip. Well, pleasant once we get past the Los Angeles/ Riverside metro area. Lots of desert, canyons, and mountain passes. Aside from one of the children getting sick en route, the drive was long but pleasant. We arrived in the town around eight o'clock, checked in to our hotel, then hit the grocery store for food.

The kids were mildly-but-pleasantly shocked the store wasn't crowded. It's a sharp contrast to our current hone; every store in the San Diego metro area is a damn zoo all day every day. Until that point, I had a little apprehension over the culture shock between the urban sprawl and rural farming community would trigger objections. But they loved it. Epic mountain views, wide-open spaces, very little traffic, and plenty of silence. 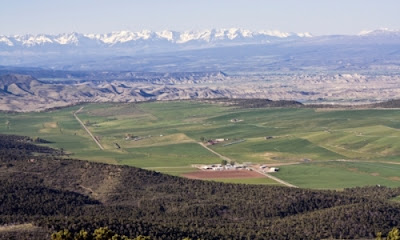 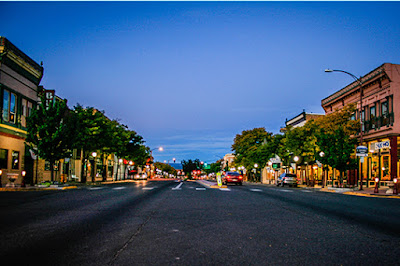 The next morning, I reviewed all my notes, suited up, and met the administrators and two potential colleagues. We met at a coffee shop across the road from the school. I was obviously out of place given I was wearing a suit, which was amusing. 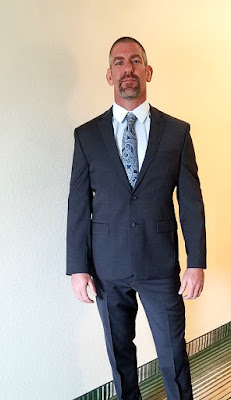 I was anticipating a formal interview. Instead, we just made small talk, then they took me on a tour of the school. As we discussed various issues related to the school and community in general and the position in particular, I began getting the feeling this wasn't an interview so much as an introduction.

That feeling was confirmed when the Assistant Principal offered me the job towards the end of the session. Given that I hadn't expected to be offered the job, I still had to discuss it with Shelly and the kids. I broke the news, then we talked it over while driving around looking at houses on the market. It didn't take long to reach a unanimous decision - we're movin' to Colorado! 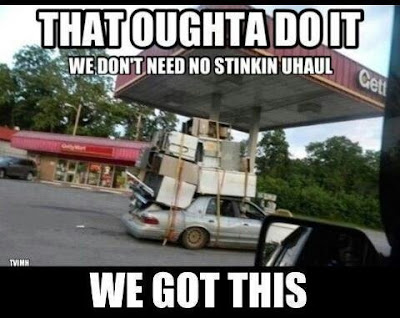 In coming posts, I'll detail the rationale for choosing Colorado and document the process of prepping for the move. Getting rid of excess crap, packing,  renting a moving truck, making the drive, finding a place to live, preparing my curriculum... good times!

It's been quite some time since we've done something exciting and slightly terrifying. Needless to say, we're pumped! 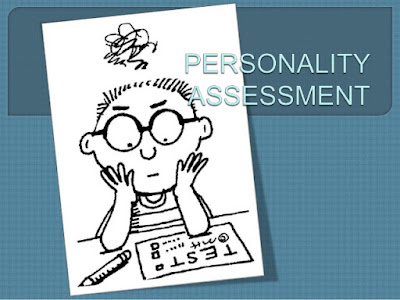